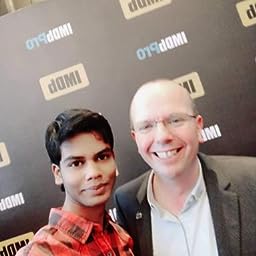 Little brains of Stranger Things fans can't digest this.
From Hollywood writers, you could either expect a boring 'art piece', a cinematic 'cliche' or an actual story. But this series beats them all. Take a random scene and you'd want to know what happens next. Acting is sooo good that actual federal agents must be jealous. Chris Carter is an unrecognised legend, just as Mitchell Hurwitz of Arrested Development and Craig and Carter of How I Met Your Mother. Do yourself a favor. Watch it right now.

For people who think Dark or Stranger Things are the greatest shows ever... A new tagline: 'X-Files is still out there'.

CAMERON CAMERON! CRUISE CRUZ!
"A masterpiece of a film, Vanilla Sky , just like it's infinite interpretations, also has infinite ways to be reviewed. People hate it, love it, ignore it, understand it, doesn't understand, enjoy or get frustrated. That's just like Cruise's character David Aames, who has no idea who's after him and with what intentions." Moving on from other people, I just loved it and the only thing that wasn't right with it is that it's a remake; and the haters would forever use this fact against it. This film sticks with you. It's far away from being boring. It teaches you so much, but you might not see that through. And that's okay too.

Another weird thing is, the best of critics like Ebert and Richard put it in their 'Top 10 Films of 2001' lists; yet, it's critical score is just average. I guess this automatically makes others as worst critics.

Structurally, it's not so different from PSYCHO. Girl meets guy. Guy has a haunting relationship with another woman, who creates trouble between them. And in the end, a psychiatrist explaining what was going on. BUT, it has a way too complex character transformation. Dozens of internal conflicts. And internal conflicts are never bad for a screenplay.

Music was superb, Cruise's performance was just PERFECT. None could have pulled it off the way he did. Not even the actor in original Spanish version. Time's Square scene should alone make it the cult classic, which it kind of is.

Overall, please please watch it. That's one thing you won't ever regret. Everyone needs different perspectives and this film would show you just that.

Now I get Denis Villeneuve.
I've watched all his mainstream films, but they were too good to understand in every aspect, especially the deep hidden meanings beyond those spectacular visuals, stunning cinematography as in BLADE RUNNER 2049, actions in SICARIO, and emotional and dramatic thrills in INCENDIES and PRISONERS. But after watching a small and mediocre films as this, now I understand why Villeneuve is special. He made full use of one accident scene and all the desert scenes making the film look almost as beautiful as car chasing scenes in THE DARK KNIGHT and the space sequences in GRAVITY, INTERSTELLAR, etc respectively. He managed to give an average script a direction which is more than extraordinarily.

Also the performances of both leads were great. The cab driver subplot also had a promising thriller content, which could've been more useful if the film had been a thriller.

Overall, beautiful direction and great performances make this mediocre story to be more than one time watch. 7/10 (6 for script, 8 for acting, 9 for direction )

Watched/Read-the-subtitles at MAMI Film Festival Mumbai!
Still wondering why I liked it! Perhaps it was the acting, direction or... NO, that was it. Not too special of a story, but a DRAMA that's just gonna feel GOOD. Even got a STANDING OVATION at that screening. GO FOR IT!!!

Emmy for Multi camera editing... Really?
After ripping of all the funny one liners from FRIENDS and itself, it has now started copying the style of How I Met Your Mother as well. And the even more ridiculous thing is that it even won an Emmy... So I guess each and every single episode of HIMYM did deserve this award, and way more than this one. Really going down hill and shamelessly copying everything innovative and unique from other sitcoms.

Perfect in every aspect.
Truly a masterpiece, The Best Hollywood film of 2019, one of the Best films of the decade... And truly the Best film to bring a comic book so chillingly and realistically to real ife. Remarkable Direction, Cinematography, Music and the Acting. Some people are surprised to find it DISTURBING and VIOLENT, but it's a necessity and message. It's about society and reflects those underappreciated/unrecognized/bullied people, proving they can do something too. The way it shows class difference, corruption and how rich and talented rule others around them is not exaggerated and that's what makes it different. It's BELIEVABLE. There could be multiple JOKERs living in our society that could shake those around them in much bitter way than the film shows making people uncomforting people. Consider this a wake up call, a message, but first a film. A PERFECT film.

Why this underrated??? [Date: August 24th]
I don't understand why people are not appreciating this beautiful piece of work as it deserves. Instead they are all over pieces of crap such as 13 Reasons Why. Am I the only one to see that it is better than 13's all three seasons (latter two not as much counts obliviously)? The writing and direction are good. But the performances are GREAT. Penn Badgely is no less than Deniro in Taxi Driver or Gyllenhall in Nightcrawler.

The much needed Teen film of the 80s (Date: October 26th, 2018)
Before totally going cliche with Sixteen Candles and The Breakfast Club, I think this is a much needed, realistic, well acted, and much underrated film. Ir established THE BIGGEST SUPERSTAR TOM CRUISE as a star.

Don't why, but it felt so perfect.
Spielberg+Hanks= Perfection [Date: February 8th, 2018]

My 500th Hollywood film
The film is nice and could be better, but still a Disappointment. Cara Delevingne over acts and is absent during most of the part, for "Finding Something", God knows what! Anyways Thanks IMDb, because of you I could keep track of my countings. #Metadata

Worth the wait, budget and Anticipation!
Unlike most of the anticipated, big budget and most awaited films, it is a treat. No comparison with Phulo Fiction, but it does kinda reminds of that. Has the charm that was found in Inglorious Bastards and Django Unchained.

Add it up = THE BEST Undoubtedly the best film of the year so far. The only franchise that can be trusted for good sequels. All films are 100% fresh and not at all comparable. Go for it...

Thriller and Comedy and Most Underrated...
Detective Ted is back not only to catch the criminal but to also prove his innocence. Barney is the life of the episode. His devotion for his family and competition with his brother... Just Wow. Many twists and many comic ekemelem P.S. a dance number. (Date: August 7th, 2018 and November 3rd, 2018)

Stop spreading Negativity!
The episode felt like a GoT episode as much, as any of the previous 70 episodes. It had batlles, deaths, wrath, and most importantly cliffhangers. People are just mad because the storyline isn't seem to be going the way they want it. At least let the writers do their work. If it would follow your theories, there won't be surprises, and it'd become "OBVIOUS". Believe it, there's nothing wrong with this episode. It's the third last episode, and you should be thankful for that and respect that. After all we don't know what is going to happen in the end, but we do know that it is going to be AWESOME.

Friends: The One Where Chandler Can't Remember Which Sister
(1997)
Episode 11, Season 3

My First Favorite
Quite Underrated Episode. Both Matthew and Matt are hilarious in it. Only time we get to see a never before seen DRUNKEN Chandler... Joey's birthday party, sisters and Grandma... Everything is so perfect

Most Underrated and Best Superhero film ever made
Andrew Garfield is certainly the best Spider-Man. It looks like he made a fictional character so real. So underrated film. Undoubtedly better than other Spider-Man films. If you don't like it, then you don't deserve it.

Benedict Cumberbatch steals the show!
Not as entertaining, slightly feels slow and boring. Storyline is okay. But there's actors... Like real actors. Actors who can turn any average script and plot to overwhelming. Plus, the screenplay is awesome. Swinging between different flashbacks... You'd only like it if you deserve it. [Date: March 21st- Apr 1st]

Best comic film in Bollywood
One of the best comedy film of Bollywood. Paresh, Nana and Anil are hilarious. So are Majnu Bhai's goons. Akshay Kumar is in a serious character in the film and looks charming throughout the film. Akshay-Katrina prove that they are one of the best on-screen pair in Bollywood and certainly best of that decade.

Thrilling
Brilliant show. All acting, direction and screenplay are far better. It makes you kill yourself until you watch it till the end. [Date: Jan 13-21]

Outstanding show
It's relating, funny and emotional. Asa Butterfield and Emma Mackey are so charming and great in it, that doesn't feel like they're just acting. [Date: Jan 21-28]

Best Teen Movie Ever
Funny, Realistic, Emotional and What Not! Great Screenplay, Does Not Bore at all.

Chak De India + Dangal
Nice film. Not much of a boring. But many illogical and childish things take it away from being a good and memorable film.

'Once Upon a Time in Hollywood' Face-Off: Booth vs. Dalton vs. Tate

What Is the Best Supernatural Show of All Time?

The X Files vs. Fringe