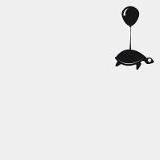 Fantastic Beasts: The Crimes of Grindelwald
(2018)

Must Watch!!!
The second installment of J.K Rowling's Fantastic Beast series was truly amazing. Many things were executed with great detail such as the acting of Eddie Redmayne, Jude Law and Ezra Miller as well as the visual effects which I am sure will withstand the test of time. However, I can understand the critics reasoning for not agreeing with the public in terms of the overall popularity, SO FAR. This is due to my main problem, which is the over jamming of information, creating multiple sub-plots which had little relation to the main plot. However, as a Harry Potter fan, I believe that this is a welcoming addition, and leaving other Potterheads with that little extra to think about, to devise a new theory or spark an argument between mates, hence my rating not being affected.

Absolute Masterpiece
Like Olympus Has Fallen, London Has Fallen is an absolute masterpiece, a work of the Gods if you must. It boasts great CGI, quality action scenes and furthermore the movie is extremely realistic. The opening scene in which the presidents and prime ministers of the individual countries are assassinated is very relatable, showing the inconsistencies of this world. Overall, if you are into dramatic action and family fun this is a film for you!!!

Logan
Logan is a great movie and could possibly be named Marvel's greatest. It does numerous things with a great amount of precision and perfection such as action, character development and emotional connection. It also has a few minor problem which I noticed.

Action: Wolverine is known for his rage and healing factor, leaving him pretty much immune from attacks by anyone. This calls for great action, as Logan sprints through the battlefield he slices and dices his enemies like ham on a chopping board. In the split seconds you see Wolverines enemies you see blood and guts spill from there limp bodies, with such realistic effects it is hard to see why this movie isn't a 10/10.

Character Development: At the start of the movie Logan is portrayed as a arrogant drunk who is stubborn beyond belief and doesn't care about other people. He doesn't care about Professor X or Laura. By the end of the movie he weeps for Professor X and realizes that Laura and the kids are more important than he thinks, and ultimately risks his life for them, one of the last scenes shows Logan saying "This is what it feels like," referring back to when Professor X said something along the lines of "This is the closest to family we have had in a long time." This shows that he actually cares for X-23, realizing that she is the closest to family he has.

Emotional Connection: In this movie you gain an emotional connection with the characters, you feel their pain, and gain a sense of empathy when professor Xavier, Caliban and Logan die.

Problem: I only have one problem with this movie. In the scene when Logan dies and the actor of X-23 was crying, you could tell it was fake but this is understandable as she is a child actor.