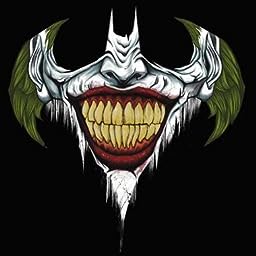 Do the Pose of Victory for Takashi Miike
A must see for any fan of Yatterman and Takashi Miike. If you like Miike's work but haven't seen the Yatterman anime or don't really care what's it all about?, avoid this movie by all means, you won't like it.

The reason why the not-fans won't like it: It's too close to the source, the movie is as weird as the anime and it has that childish humor that some love. But, this childish humor is not for children, in Japan some gropping is seen as kiddie, but for us westerns the movie should be PG-13 for a couple of scenes that I won't spoil.

The whole atmosphere and dialogue feels exactly as the anime should feel when taken to live action, this is a perfect example as how a cartoon should be translated, no matter how silly it could look. Too bad we westerns won't see a proper anime to movie translation, the Wachowskis tried it and most people bash their good effort.

Anyway, the movie is just a fun ride and it's worth a fair 6 outta 10, but it grows to a 7 because of the faithfulness to Yattâman.

Did you did you did you see that?
Let me start by saying this movie was entertaining, full of action, great fighting choreography and stunts.

It's the story of a monk that has to save his village's most precious symbol and he ends up being a street fighter. The rivals of the monk keep coming like some video game like Street Fighter or Mortal Kombat, it's like they shot the movie in "Arcade Mode". It has epic fight scenes and stunts but here comes the downside...

The main problems are: The music, it's good and all but it just keeps repeating and repeating, I watched the credits and they say it has like 20 songs, but in the end it just fell like the same one over and over again. It gets to the point when is really annoying.

Those replays: The whole movie when the main character does something cool different angles of the action show the "awesomeness" but by the 4th replay you just know it's an endless loop and the movie is gonna exploit the fact that it was shot with multiple cameras. It really slows the flow of the film and leaves you with a "youtubesque" experience. I repeat, the first ones are cool but they get overused pretty quick.

One step below Borat
Let me star by saying this movie was very funny, the comedy in Cohen's style is very crude and vulgar to some, but if you got an open mind check it out.

The mockery is against everyone, nobody is safe from humiliation in this film and if you enjoyed Ali G in Da House and Borat you'll probably like Brüno.

The plot is about an austrian fashionista who wants to make it big in Hollywood and everything he does is a disaster, he's too gay, too vulgar and too loud for American audiences. Brüno does everything other stars did to achieve fame, he tries to be an activist, adopts a foreign baby and hosts his own show. The producers all want him dead, the people hate him and he shows the bigotry in America towards gay people and the fears of some homophobic associations, as well as the dark side of parents who exploit their kids for fame.

The best 3 parts in the movie are: Brünos celebrity show with an exclusive interview with Harrison Ford. The photo shoot and talk show with his baby, little OJ. And the epic finale where he discovers his true identity, an example of American audiences hatred towards gays and lust for macho blood.

Rock On!
I wrote this with the least amount of spoilers possible.

This movie is one of the funniest I've seen and breaks most of the clichés in this type of films. The story is about 4 friends who have a tribute band of KISS and the tickets to the best show in their young lives: Detroit Rock City. But the main villain, the mother of the drummer burns the precious tickets and the guys have their world destroyed. Every time they have an opportunity to get the tickets something goes wrong and everything in this movie gets wrong for the guys. In the final act of the movie the guys are desperate for the tickets and they have one epic showdown to get them. I

The music is great, the jokes and scenes are hilarious and the conflicts gives you the chills (If you're a fan of KISS).

This one's a must see for Rock fans and those who like films like Bill & Ted or Superbad.

If you're not a gamer you might not understand this movie.
Coming from an average gamer (I own a Wii, not an Xbox) this movie is awesome, if you understand the world of Xbox Live and it's alikes you will enjoy this movie and probably not gonna play in a week or so, of course if your morals are in the right place.

The movie is a mixture of sci-fi stories warnings of technology like 1984, eXistenZ, Tron and The Running Man.

The story centers around Kable, the Master Chief/Marcus Phoenix of a game called "Slayers" which have a lot of similarities to Halo and Gears Of War. His mission is just to survive 30 battles and then be released to resume his life, the problem is that Kable just doesn't know what's life anymore and his only purpose is to play the game because he's so immerse in the world of Slayers. In his psyche he knows he's being controlled but still fights for searching the truth and go back to his family.

I'm not gonna go deeper in the story because it's so hard to tell, If you are a Gamer watch the movie, it's only 1 hour 25 minutes and if you don't like it you're time won't be as wasted as on other films.

I truly think this movie had some original aspects to it and the censorship really left this movie unseen because you can watch the horrors of how a cyber-person thinks and feels.

Just imagine a little bit of Tron, a little more of eXistenZ, and a heavy amount of Steroids to make this movie. It's just awesome but VIEWER BEWARE: THIS MOVIE IS NOT FOR EVERYONE.

Seen it about 36 times and it never gets old
If you're reading this and haven't seen the movie, watch the first one and expect every problem with the original fixed. It's not as "scary" as the original but how they try to fix the original mistakes is worth the watch if you're a fan of monster movies.

If you've seen this read about the discussion about "the rules", the mother & daughter leaving out of the theater and the Leonard Maltin scenes. They were some of the greatest moments in cinematic history when the movie breaks the fourth wall several times and tries to appeal to the haters of the first one.

I rate it 10 outta 10 because of nostalgic memories but fair and square it's a hard 7.5 in my book. Worth the watch and sure would make you laugh with the corny things like "the batman symbol" or the "Rambo montage".

Just Watch It
A lot of Borat: Cultural Learnings of America for Make Benefit Glorious Nation of Kazakhstan has been said.

Many people say it's great and a lot funnier than some comedies nowadays.

Others say it's disgusting and share their aggressive comments towards this movie.

I'll make this brief: If you have a dark humor funny bone and aren't scared by obese male nudity then you'll enjoy this movie.

If you think Billy Wilder's movies are the greatest comedy master-pieces then you'll hate this movie.

Don't let anyone spoil you Borat: Cultural Learnings of America for Make Benefit Glorious Nation of Kazakhstan, It's a must-see movie you will love it or hate it but it's just an hour and 20 minutes long so just watch it and give yourself a 1-10 rating.

Various Cinema Homages With a Porn Twist.
This movie is the perfect blend for those who like porn and those who like real cinema, yes it's basically a porno flick but it has it's surreal story to tell. The plot is simple and at the same time complicated. We first see a man lying in bed having flashbacks of a drug deal gone bad and what we can presume it's a Limbo between Life and Death, nude girls dancing being lead by an afro-American vixen doing what I might call "The seventh seal's dance of death", then the director returns to the bed where our "hero" is being shaved and BJ'ed by a Sexy blonde nurse, the guy wants to know what is happening but he gets no answer, then the night comes and in bed next to him a doctor and one Sexy brunette nurse get it on, not a very arty scene but it got it's cool angles. The next day the patient is carried to a "sexy nurse peep show" where 3 not so busty nurses play with each other in a very lewd way which makes the protagonist get a hard-on and he starts enjoying the show. We're taken back to the hospital room where you'll see this other man with a Caligula's crown of leaves getting BJ'ed from a leather "semi-nazi suited" busty babe and then another patient gets her from behind and the two men change positions while some bizarre eyeballs lie in a small container by the bed. Finally the protagonist patient is taken to a room where he has to (y'know) the sexiest nurse and the she-doctor at the same time. In the end we see Bergman's dance of death again but this time with the patient as the last in line, they're dancing under a tree where fishes hang.