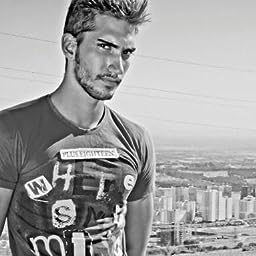 Poor Season
Black Mirror was about mind blowing stories of technology and the harms of using it too much but the 5th season was childish stories for teenagers.

So funny
I give it 1 star because the writers should read about nuclear bombs and how it works! What was that? A hand grenade is more powerful than that. You watch a nuclear bomb explosion and you are fine?!

Also that explosion must cause the explosion of other nuclear bombs in that submarine. After watching this episode you wont be afraid of nuclear war in real world because as you see you can watch the explosion or simply duck and cover on the ground!

A crossover episod with Starwars or Avengers would be good next time
I watched the first Fast movie because it was about cars and racing like Need For Speed. Suddenly a movie about racing has become a Sci-Fi movie and idk why they've done it? Something like a Basketball game become Volleyball in second quarter! Even in Avengers you don't see super heroes do such things you see in Fast!

I think Fast is enough and let us remember Fast by cars not a group of heroes saving the world which can not be killed by anything. Or at least let Bollywood produce next movies of Fast!

Finally i think you should write in "Goofs" section: WHOLE MOVIE.

Nia Jax made it 8/10. Without it, it was 5/10
A woman among men in Royal Rumble was on of the most shocking and memorable moments in the whole WWE history. And of course i know it was 4th time!

What Was That?!
We used to watch F&F as a racing movie. What was that? Terminator? Black panther? Star Trek?

So many historical mistakes
As a fictional story it is a good movie at all. you may ask why fictional story?! because it's full of historical mistakes for someone like me who knows history a little bit!! Persia: Persia is the first and the greatest empire of the human history. they were so ethical and the history has not seen an empire with that much good thoughts and believes. Cyrus the great has made the first human right in history and even the first animal right 7000 years ago! Soldiers of Persia didn't insult people and their gods when they capture a city. Cyrus the great has make Jews free in Egypt. Persia was the canon of science and mankind is owe to Persia for being this much scientific. Kings were kind to people and people loved their kings for being kind. there was forbidden in Persia to have slave 7000 years ago. You can find many things about this amazing empire of you read the real history of Persia. Allamute: Allamute is in middle of Persia and todays Iran. i wonder why Persian empire has marched to Allamute which is a city of their empire! today you can go from Persian empire city (shiraz) to Allamute in 3 hours by a car!! how the writers didn't know it and made the story like Allamute was a country far away Persia while it was and it still is in middle of Iran!! Sands: the capital of Persia was Shiraz which you can still see the remains of that empire. Iran has every climate in it! you see only jungle at the north of Iran while there is Loot desert at the east of Iran which it is the hottest place in the world. Shiraz, the capital of the Persia is not in the jungle but it is not desert either! this movie shows Iran fully desert like Saudi Arabia but Shiraz is well known for its gardens and flowers!! i don't know why in holleywood movies they show Iran a desert of sands while most of the cities of Iran are green and beautiful! Arab countries are desert not Iran please don't show Iran an Arab country! Hashashins: they even miss pronounced Hashashins into Hassansins!! I'm not sure if the writers know anything about Iran at all! Hashish in old Persian means herb and they have called herbal doctors Hashash in old Persian because they were cure using herbal drugs and IN makes it plural. Hashashins used to farm herbal drugs so they were called Hashashins but Hashashin mis translated someone who eats Hashish in English! Hashashins were a group of people lived in Allamute and they used to assassinate ( assassin derived from Persian Hashashin into English) a particular persons for a reasonable manner. Hassan Sabah was the leader of Hashashins and only he could give the order for assassination. Assassins were forbidden to kill citizens or innocent people while they were so scary which all kings of all countries were afraid of them. and what was the reasons of assassinations? for example when there was a war, they assassinate the generals and leaders so the war would be ended and no soldier would be killed or cities destroyed. or they assassinated cruel kings which oppress the people. and what you see in this movie? Hashashin are hired by every man giving them money to kill every person they say!! compare this hassanssins thing to what Hashashins were and what they have done and gave their lives by the orders of only Hassan Sabah for no money... the writers really know nothing of Iran!! the time and the place of the story of this movie is funny and don't match to each other. Also Allamute was the city of Hashashins and Hassan Sabah and his assassins were living and rule the Allamute in the Allamute castle (Allamute castle remains is still in Allamute, Qazvin, Iran) so who is that queen and why are not Hashashins in Allamute and Allamute castle which was their land and their castle and their refuge? Hashashins are not in Allamute in this movie. instead of Hashashins and Hassan Sabah, a woman is the queen there and Hashashins are hidden somewhere not in Allamute (their real place) 2000 years before their existence!!

Philosophical
A good example for humans, politicians, governments and the whole world

A wonderful ending, We Miss You...
The Big Bang Theory has been ended like The GOT. 2 memorable series have been finished but despite the GOT, Big bang had a wonderful ending. I think no fan could resist on Sheldon's speech and it made us cry. That was the best possible way to be the last scene of this show. Good job guys and we will miss every character of this show...

Disappointing ending
The writers were in a hurry and wanted to finish it quickly!! The best series of history till now had the worst ending ever. Maybe they wanted to tell a message that power changes people and people will do differently when they take the power so do not get killed for making someone the governor. I think so but we hadn't watch this show to get a message!! Another season could complete this by writing a longer story, a bigger war between dead and alive, a better death for night king, better war between north and capital and so. However the show has been finished and talking do not make any changes. By the way 20/may is my birthday and GOT has been finished after 8 years exactly on my birthday.

So funny
The best episode of the 17th season. They've really posted that photo of Peter in that fake hospital and those stories on Instagram of Peterpumpkineater69!!!

The Walking Dead or The Talking Alive?!
Again an episode of "The walking dead" which you see no "dead" and "alive talking to each other" is the only thing you see! Negan didnt kill people who tried to kill him but Rick kills people which helped him!! Which one is the bad guy?!

Nothing expires in walking dead!
Don't potatoes have expiry date?! Why no food in the markets of The Walking Dead's world ever expires?

How could they survive from that flood and how could they find each other?!
I can't believe they've killed the best character in the show! I would like to see Rick and Nick working together!!!

I liked the chaos in the city
I dont like this new world thing! Strain became like The walking dead in this season, people talking and people are the slaves of Vampires. I'd like that fighting between human and vampires.

I will remember this show as one of my favorites
A good story that you can't wait to see next episode till you finish the show. I think The Walking Dead producers should learn when you should finish a show from The Strain because their show is becoming boring more and more. If Walking Dead people made Strain, they would continue making it season by season and all you see was people talking!

I see no dead
Was it an episode of an action, horror show or i've just watched Lala land?!

Attack of the Southern Fried Zombies
(2017)

A real waste of time!
Do not watch this if you are the last man on earth and there is no other movies!

I can't believe we are doing this to innocent animals
I feel pain in my body after watching how animals are in pain! I cant believe how we are torturing animals and how everybody see and know it but nobody do nothing to help them...

Good movie silly characters
This is what a zombie movie is about! It's scary enough and the story is good and new. Zombies are neither too dumb nor too smart and they walk slowly not running. The make up for zombies are good because zombies in other movies are humans with red color on their faces! The only problem is the characters in this movie do stupid things!! For example they make noises while they know this noise can make trouble for them! They attract zombies while they can hide!! That girl is the most stupid character I've ever seen! Zombies are coming for them and she screams for her boyfriend!! Why can't she just shut up and hide? Why does she scream and talk too loud while they are hidden?! Why does she ask too many question while they must do something quick? These stupid things in this movie make you really mad!!!

Very good movie
A great movie with great story with great DiCaprio which i believe this is the best playing of him. This movie is too long (3 hours) and i kindda don't like movies more than 2 hours but this movie don't make you tired.