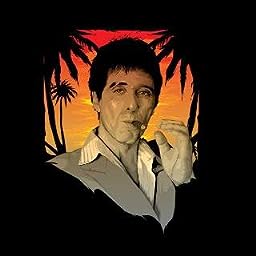 Bubsy in Claws Encounters of the Furred Kind
(1993)

Terrible and weird
I found out about this game when Jontron did a review on it and I thought that he was overreacting about the game, but I played it and it was terrible, first problem, there is FALLING DAMAGE! in a game where Bubsy is already running faster than Sonic and Mario at the Olympics, they put fall damage, the second problem was the enemies, they looked so weird, there were trains, gumball machines, and weird alien creatures, but the thing that was the most annoying was his puns! i had to turn down the volume because the puns were so annoying! but the game could be good at times which is why I didn't give it the lowest rating

It was okay
I thought this was good, since its basically 7 year old kids stuck in an elevator though, it got really funny a lot in ways that they tried to get out of the elevator, even more funny when Junior got signal in the elevator and decided to call a pizza place instead of someone to help

ahh...Nostalgia
While being terrible, this still was Supermariologans first video, the thing that started it all, so I give it a higher rating only because of Nostalgia

Terrible...just Terrible
Didn't even last a minute without getting bored of it, even for its time it was terrible, I have seen a lot of games released during this time and they were much better

meh...
This game was okay, I enjoyed the concept of superheroes instead of Medieval times but the story itself was not good, the characters were good, seeing a Captain America Civil War concept, but soon it just got very annoying, there was no nostalgia like the original, boss battles were not good, and the main villain was okay

so...much...NOSTALGIA!
This game was awesome and has so much nostalgia, the entire story was very hilarious with the enemies and the plot, the summon characters were great, and just the entire game in general was just an honor to play...and I highly recommend it to anyone who is looking for a good role-playing game

Greatest Far Cry game in history
I gotta say that this is the best Far Cry game in the entire franchise, firstly the setting is something that I wasn't expecting but I liked it, the characters were cool and also introducing Guns for Hire was great, but the best thing about the game was the villains, before we had villains like

Jackal: Forgot about him

Vaas: Too hilarious to be a villain and never really showed up

but the seed siblings were great

Faith was just terrifying in her own way

Jacob never had much emotion in his face

and finally Joseph, he was just very terrifying like everyone else, not funny

Second worst Far Cry Game
This has to be almost one of the worst Far Cry games I have played, the problem with it is that it was rushed, most Far Cry games take at least 2 years to release, like Far Cry 3 in 2012, Far Cry 4 in 2014, Far Cry Primal in 2016, and Far Cry 5 in 2018, but this game took 11 months to be released! which made it terrible, characters were not memorable, the villains yet again were forgettable, I like the idea of twins being the leaders, but these girls were just not planned right, they never really did anything except raid you once, kidnap some kids, kill Rush, and burn down New Eden, and plus the missions were very quick, you were able to forget old characters like Pastor Jerome and Grace Armstrong were there, the map was smaller and I was excepting to be able to find a lot of old places that I went to in Far Cry 5 but there were not many, and there weren't any good costumes, they don't really matter but I thought I would bring it up, in this game there is not anything good you can wear, there is some Highwaymen clothing, a Knight armour, etc...but the last game had things like masks, costumes of different characters, and everything, but this game had nothing like that except for a few things, but do you know what the worst thing was? Joseph Seed, he was a great villain, not funny, but like that bartender that doesn't talk and seems like he is staring into your soul kind of creepiness well he never really showed up in this game, he showed up once, and then at the end of the game where he was either shot or just sitting there for the rest of his life yelling "RELEASE ME!" and of course I gotta say the good things, the expeditions were good, being able to go to different places in the USA and raid places the Highwaymen took over, and also the introduction of the saw launcher was good, being able to bounce off the walls to get to enemies, aside from that...the game was s***

Not a good Mario game, but probably a good Painting game
This could have been a very good painting tool game, but the problem I have with it is that it's supposed to be a Mario game, a character that is known so much for jumping around the mushroom kingdom and stopping enemies from kidnapping the princess and stuff like that, this would have been good if they didn't slap the Mario brand on it and maybe used a different character, but its still pretty good.

Annoying
This game could have been good, I tried my hardest to like this game, but I just couldn't like it, the fall damage was annoying since you would fall from a small cliff and die instantly, and the game was basically Far Cry 3 with most of the gameplay and the character Ajay who was a ripoff of Jason Brody, but there was some good parts in it that I like, the main villain Pagan Min was very good being scary and funny, but his design was weird with the pink suit and haircut, making him look more like some normal businessman than a king of Kyrat, but I also liked that they introduced Hurk and Willis Huntley back into the game which was cool

The Second best Arkham Game
I enjoyed this game a lot when it first came out, i thought that is was the best Superhero video game, but then after the sequel came out Batman Arkham City (my most favourite Arkham Game) it moved to second place on my list of Arkham games, but the game is still awesome after all these years, the characters were memorable, the story is good and Arkham Asylum just looks good, the only problems I have with this game is the Riddler trophies and the boss battles, the Riddler Trophies have always been an annoying thing in the Arkham games so this really isn't a problem but the reason this isn't my most favourite Arkham game is because of the boss battles, TITAN Jokers boss battle was easy, all you had to do was defeat his henchmen and then drag him down with the batclaw 3 times, Killer Croc's boss battle wasn't that hard and didn't really seem like a boss battle because you didn't have to fight him, you would just crawl around the place collecting whatever you were supposed to (i forgot what you were supposed to collect) and then throw batarangs at him when he would jump out of the water and try to attack you, then later when you finish that you have to wait for him to stand on top of where you planted the explosive gel then detonate it and you have beaten him, the final boss battle I hated was Bane, because he was just basically a TITAN henchmen, besides that the game was good

This game was okay
I don't like the game but I don't hate it, the story was pretty good, and it was awesome how they brought back the Joker without making him come back to life, but I didn't like the rest of the game, the batmobile was cool because you could defeat enemies without fighting them, but I hated the batmobile missions which were just annoying and not fun, the Riddler trophies were still annoying as well to collect and you couldn't do the Knightfall Protocol, also I did enjoy most of the side missions but some of them were either easy or annoying, like Friend in need which was too easy because all you have to do is press a button at the right time and its done, the Militia missions were annoying as well because none of the Militia missions were enjoyable to do, and after doing all the Militia missions you fight Deathstroke which is pretty cool but then you find out later that his boss battle is basically the Arkham Knight Cloudburst boss battle, but besides all of the things I said, I have no complaints of the game, Graphics are awesome, story is good and its just an awesome sequel to Arkham City

This game was okay
I didn't really enjoy the game like the other Arkham games, and I don't hate it because it is made by a different developer, but because of the story mission and some of the characters. I just didn't think it was good because most of the boss battles were annoying and most of the characters were very forgettable like Bird and Electrocutioner, and I didn't like that Black Mask was actually Joker, but besides that the game was pretty good like the side missions and the DLC mission cold cold heart was pretty good