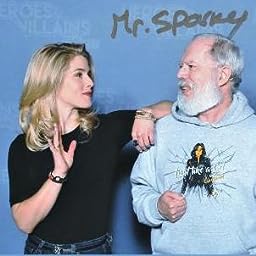 The Good Kind of Different
I kept seeing stories about this movie and I can't believe how long it took for me to finally see it.

Emily Bett Rickards already has done some things that I just love, and this is one more.

She is at home whether she's on a television screen or a movie screen, and I hear she's incredible live on a stage.

Somebody with some major films needs to get this woman doing big stuff because she is ready for it.

*****SPOILER-ISH***** I'm going to resist the temptation to do any spoiling, though this movie's been out long enough I'm sure plenty have been done.

To really enjoy this experience though, try not to know too much ahead of time. Shocking things that happen in it are a lot more fun.

Emily Bett really is a shapeshifter. As she's done before, she played more than one personality here to perfection. Seamlessly, and almost unnoticeable unless you're looking for it. There's something dark her character is hiding.

I am a die-hard Emily Bett Rickards fan, but it took me awhile to finally find this movie and *watch it*?

She is never visible in the movie at all. I would have loved to see the cute southern doctor her voice was representing. She does an excellent southern woman accent!

I can understand this may appeal to certain people who are into "artsy films", but driving around for an hour and a half with a foul-mouth person yakking on the phone is not entertainment to me.

Fun MINI Cooper Movie
I went to Melbourne, Victoria, Australia in 1995 for 2 months working on a project. I met a lot of great people, but a young fellow, Dan Gilliland and I became friends at Puffing Billy. He was restoring the old Minis back then, and drove one of them regularly.

My wife came down and we both loved the Minis! When we got back home, we wanted one, but getting one in the U.S.A. back then wasn't easy.

In 2002, BMW took over MINI and started making a larger car with hopes of it selling here. We had to wait until 2006 to buy one. We still have it (2018) and still enjoy going for rides.

This movie was fun and a good laugh. The story and characters were interesting. The cops chasing them remind me a bit of "The Blues Brothers" (1980). The soundtrack music was superb, and the scenery was great.

I won't spoil it at all, so give this one a spin, mates!

Bad Story Based on Not Knowing Basic Law
First, let me be clear: I am addressing only the storyline. As always, the actors, crew, and others did an outstanding job! 10/10 stars.

I don't know how tightly or loosely this fictional Arrowverse tries to be realistic to our current customs, traditions, and laws, but this entire episode is based on a very wrong legal basis! I base this on the fact that Star City must be in the United States of America, since the pivotal character is an FBI agent.

Since FBI Agent Watson neglected her duty to intervene when the criminals first took over, leading to Oliver being so desperate he "testified against himself" in the previous episode, *she* should be the one in jail awaiting trial after she is fired!

In the free world, a confession *must* be without any doubt given freely. And, even then, the accused is still allowed to have a trial, because it's up to a jury to hear the whole case, and consider whether or not a confession meets the requirements of the U.S. Constitution's Fifth Anendment.

Sorry, even stretching fiction here does not merit this contrived drama. And as a season finale, leaving this both unchallenged and resolved in a trial Oliver Queen has every right to demand, this is not a "cliff hanger", but a very bad train wreck.

This episode represents the worst writing due to "business reasons" in TV history.
CW just *had* to do it. Want to see an example of circular reasoning that pointy- haired bosses use all of the time that result in people going, WHAT!? That's STUPID!" Here you go.

1. Remember, CW knew from episode 1x03 that Emily Bett Rickards and Stephen Amell have amazing chemistry as a couple. Thus, "Olicity" was a predictable outcome from the beginning. The writers **knew** they would have to do something with this issue. There was no guessing of any sort involved.

2. Three entire seasons have gone by, and considering the season 3 finale, it is obvious to the writers that there are many fans who want to see Felicity and Oliver develop into a happy couple. Refer back to #1.

Therefore, the claim that "their relationship was moving too fast, so we had to slow it down" was an unanticipated surprise to them is pure nonsense. But, that's just one of the excuses given for "having to break them up". It was an "emergency"! No time to think!

If you are an Olicity fan, this episode continues the stupid breakup.
Blame the writers for being too stupid to plan ahead last season, and too lazy to write around the problem of their relationship being "too fast" (Gee, whose fault was that?). "Business reasons" is the main excuse given. When they do finally allow them to talk, the reunion is at best anticlimactic, revealing their lack of Olicity enthusiasm.

Emily Bett Rickards is the only reason I kept watching season 5. I did not enjoy the stories. Stephen Amell did well as poor Oliver, who some women found every excuse to hate on.

Felicity Smoak continues to be a selfish, sanctimonious, somewhat lascivious, hypocrite nearly the whole season. She finally wakes up and smells the coffee when it is at the edge of too late. She admits it was her lack of understanding Oliver's situation that broke them up. The whole time, she makes no effort to even try to understand, or give Oliver any help whatsoever. This despite her little pep talk back in 4x20.

If she had taken about 15-30 minutes to really talk (instead of walking out) and work with Oliver with some help, none of this mess was necessary. She kept stalling to have this itty-bitty conversation for reasons we may never know. The obvious ones, not being able to admit she was wrong or apologize, don't seem to be why.